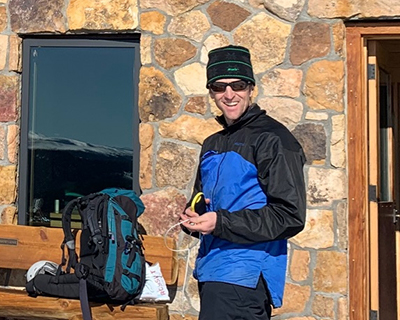 Cam is a broadly trained Earth scientist with expertise in surface and groundwater hydrology, climate change impact analysis, and environmental litigation and natural resource damage assessment (NRDA). He particularly enjoys working on natural resource issues at the intersection of science, policy and economics. Over his career, he has contributed to more than a dozen studies to quantify and monetize the impacts of a changing climate on different aspects of the US economy. These studies have included estimating increases in monetary damages from inland flooding and the benefits and costs of adaptation; modeling changes in extreme precipitation and extreme heat throughout the continental United States, and quantifying impacts to recreational activities including skiing and coastal activities. He has also developed future scenarios of extreme precipitation and extreme temperature to support planning for transportation departments and water utilities. Most recently, he supported a state-wide effort to monetize the impacts of climate change and population growth on damages from flood, drought and wildfire for the state of Colorado.

Cam also has extensive experience in leveraging his broad earth science background and science communication skills to support environmental litigation and policy decisions on behalf of his clients. Between 2010 and 2015, he served as an expert supporting the State of Louisiana in its NRDA claims for the Deepwater Horizon oil spill, leading a team of academic experts to provide data-driven solutions to support inter-agency discussions and settlement negotiations. Since 2010, he has also supported a coalition of tribal organizations, fishing industry groups, and NGOs with evaluation of impacts from proposed hard rock mining in Bristol Bay, Alaska. His deliverables on those projects included giving presentations to local fishing groups in Alaska and traveling to in-person meetings and testimony with state and federal legislators in Washington and Juneau.

Cam regularly publishes the results of his work, and presents at regional, national and international meetings. His more than 40 peer-reviewed publications have appeared in journals including Nature, Geophysical Research Letters, Global Environmental Change, Climatic Change, and Earth’s Future. Prior to joining Blueshift, Cam held positions as a Principal at Abt Associates (formerly Stratus Consulting), and a Senior Scientist at Lynker Technologies, LLC. He maintains a research affiliate position at the Cooperative Institute for Research in Environmental Sciences at the University of Colorado.

He holds a BA in geology and economics from Bowdoin College, an MS in hydrogeology from Dartmouth College, and a PhD in earth sciences from MIT.