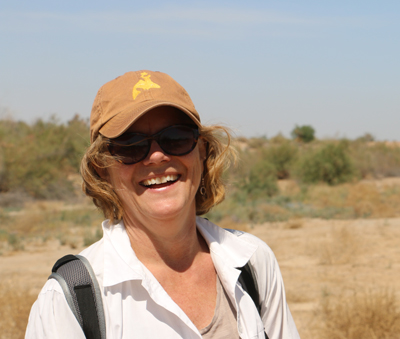 After working as a chemical engineer, Mary began her legal career in Texas at a small firm representing farmers, ranchers, local governments and citizen groups in environmental matters.  In 1989, she became the Executive Director of the Texas Center for Policy Studies, developing and implementing a wide range of programs. Her focus areas included environmental challenges along the U.S./Mexico border and Texas water management.  Mary joined the Environmental Defense Fund in 2002, serving in various positons including Vice President for Rivers and Deltas, where she managed EDF’s freshwater work across the country, from California to the Colorado River Basin to Texas, Louisiana and North Carolina.  In 2010, she established Parula, LLC, which provided strategic planning, policy analysis, management coordination and other consulting services, focusing on freshwater issues.

During her time at the Texas Center for Policy Studies, Mary was deeply involved in developing mechanisms to address environmental issues at the U.S./Mexico border in the context of the North American Free Trade Agreement, including the Border Environment Cooperation Commission and the North American Development Bank.  Working with partners in the U.S. and Mexico, she brought together conservation groups from both countries to share information and strategies to address pollution and protect natural resources. She also helped start the Texas Living Waters project, a cooperative NGO project that has advanced water conservation and stream flow protection in Texas.

At EDF, she managed a staff of over 30 people, with a multi-million dollar annual budget, focused on law and policy to advance protection of rivers and delta systems across the country, including in California, Texas, the Colorado River Basin (including its Delta), coastal Louisiana and North Carolina. In addition to managing the entire program, Mary played a central role in negotiating and helping to pass a groundbreaking Texas environmental flow law, one of the most advanced in the country, as well as advancing policy for better management of groundwater.

At Parula, LLC, Mary provided a variety of consulting services to conservation organizations, including The Nature Conservancy, Trout Unlimited and EDF, as well as foundations and the new Water Funder Initiative.

Mary has published a wide variety of articles and spoken at a number of conferences and forums on water and natural resources law and policy.  She also served for several years as a member of the Texas Environmental Flows Science Advisory Committee which helped oversee the implementation of the 2007 flows law.